I’ve gotten through several newish books that were on my Summer list. I found a couple of gems and one that didn’t quite live up to the hype–for me. I’m also rereading one of my all-time favorites with my two oldest kids. This wasn’t their idea by any means but since I’m such a “drag”, I’m forcing them to read The Glass Castle by Jeannette Walls. If you need a tool to teach empathy, it’s a good one. 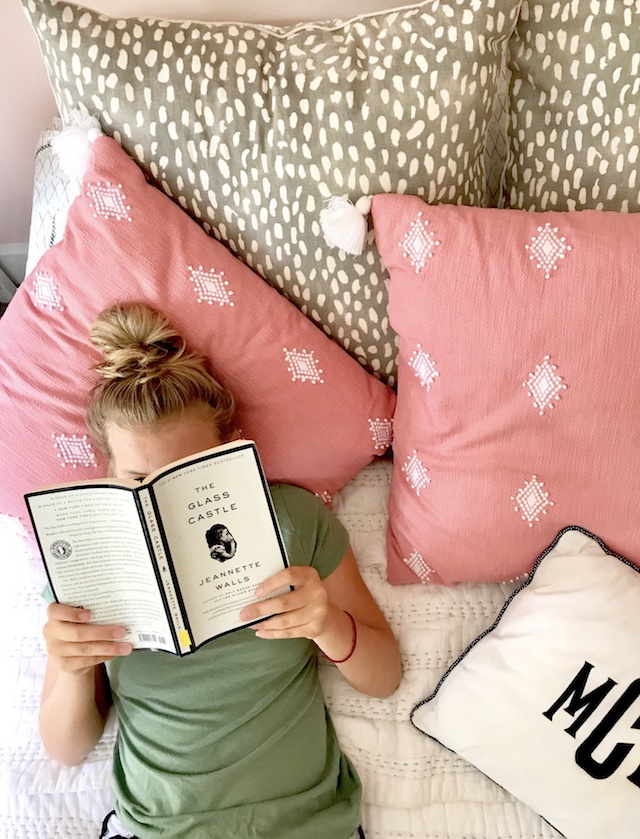 The Last Romantics by Tara Conklin  If you love a good family drama. . . and I do! I probably wouldn’t have picked this one up based on the name alone but it was one of my favorites of the year. There’s a lot of sibling relationship issues and it spans over several decades. It reminded me of Commonwealth–another favorite.

Beartown by Fredrik Backman  Another title I almost didn’t read based on the name alone. Also, I knew it had something to do with hockey which I am interested in about zero percent–but you know what they say about not judging a book by its cover. A hockey town just happens to be where this story is set. The story itself is about family relationships, friendships and loyalty when it’s tested by a terrible happening. I liked this one enough that I’m reading the sequel now. (PS–This is by the same author who wrote A Man Called Ove.)

The Address by Fiona Davis  A historical novel with lots of twists and turns is hard to beat. I sped through this one. It’s set in the Dakota, the real NYC building where John Lennon lived and was killed, which is just an interesting side note. This story is set in the late 1800s and centers around the messed up love affair between the building’s architect and its first female manager.

The Stolen Marriage by Diane Chamberlain  I listened to the audio book of this and loved every minute of it, which really says something because I rarely finish one. Historical fiction set during the polio epidemic, it’s the story of a young Catholic woman in the 1940s who finds herself suddenly way off course from the perfect life she’d planned, thanks to an unplanned pregnancy. There’s tragedy, betrayal and some redemption. (By the way, I’ve yet to read a Diane Chamberlain book that I didn’t like.)

Where the Crawdads Sing by Delia Owens  This book has been recommended to me more than any other lately. I did like it–a lot–and although it still didn’t make the top of this short list, I do think it’s a perfect Summer read. It’s set in the marsh lands North Carolina and is the story of a young girl who grows up totally abandoned by her family and community. The book starts with a suspicious death and back tracks from there, starting many years before.

Daisy Jones and the Six by Taylor Jenkins Reid  This one is getting so much hype and I couldn’t wait to read it. Maybe it was the format that threw me off (the entire book is written as an interview for a magazine) or that is was about a rock and roll band from the 70s, but I just didn’t jive with the whole concept. It’s not about Fleetwood Mac, but that’s who I kept picturing. There is a ton of drug use, depression, fighting among the band, cheating. . . Basically just sunshine and rainbows. I’m okay with a book not being all happy, but I just never felt like this one got to a point.

What are you reading now?

And, what book hasn’t lived up to the hype for you?