In case you haven’t noticed, things have slowed down a bit on the blog lately. I’m about to hit the eight-year mark and looking back, I can’t believe I’ve managed to do this as consistently as I have for so many years. Maybe it’s turning forty or the fact that my kids are needier now than when they were babies (nobody tells you that part about motherhood) but I can definitely feel some internal changes happening. 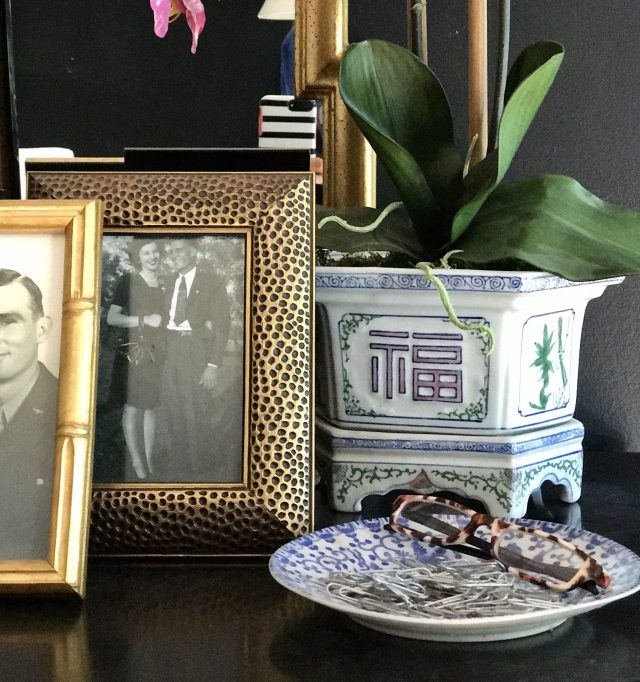 Last week, I worked on a post in small five-minute increments until about Wednesday when I finally just gave up and gave myself permission to take the week off without fretting over it. I’ve rarely done that since starting this site and it was good. In fact, I think I’ll do more of it. Between dentist and orthodontist appointments, helping with late-night homework (ask me the greatest common factor of any numbers!), and searching for a lost school-issued laptop (don’t ask me about that), I took some time to get my own house in order instead of just writing about it. It was strangely freeing and I remembered how much I love just piddling in my own space for my own enjoyment. That’s why I started a blog about decorating in the first place.

Over the weekend, we hosted a ton of church friends and their (young) kids. I spent most of the week beforehand cleaning dirty corners and dusting forgotten places. But again, another reminder of how much I love working on our house for actual people and not just for a staged photo. Real life is the best, isn’t it?

And then there’s social media. As entertaining as it can be at times, it honestly just sucks the life out of me other times. I’m sure that’s not the proper thing to say for potential sponsorships, etc. But seriously, if I spent the majority of my day looking at what people are posting and what other people have to say about it, I could easily end up thinking the world is a very angry place. There are still some happy people out there, right? Right?! They probably just aren’t spending all of their time with their heads down in Facebook or on Instagram.

So, no, I’m not going anywhere. I’m just breathing a little more; putting less pressure on myself where there really shouldn’t be any. And, I’m realizing more and more that driving and picking up kids for hours each day, staying up late to study vocabulary words and cleaning my kitchen counter off four times a day is actually productive in the long run.

What are you doing to give yourself a little breathing room?

Hope you all have a good week. Tomorrow, I’m touring this year’s Southern Living idea house in Bald Head Island, NC, and will be sharing pictures on Instagram, if you’d like to follow along.