I know there’s a lot of talk on blogs about whether the ever-popular fiddle leaf fig tree is “in” or “out” in decorating, but when you think about it, isn’t it kind of silly to put any plant in a trend category?  (Most of the world doesn’t think that way. . .) I was even more convinced that this tree was here to stay after seeing Holly’s house in a recent issue of Country Living: 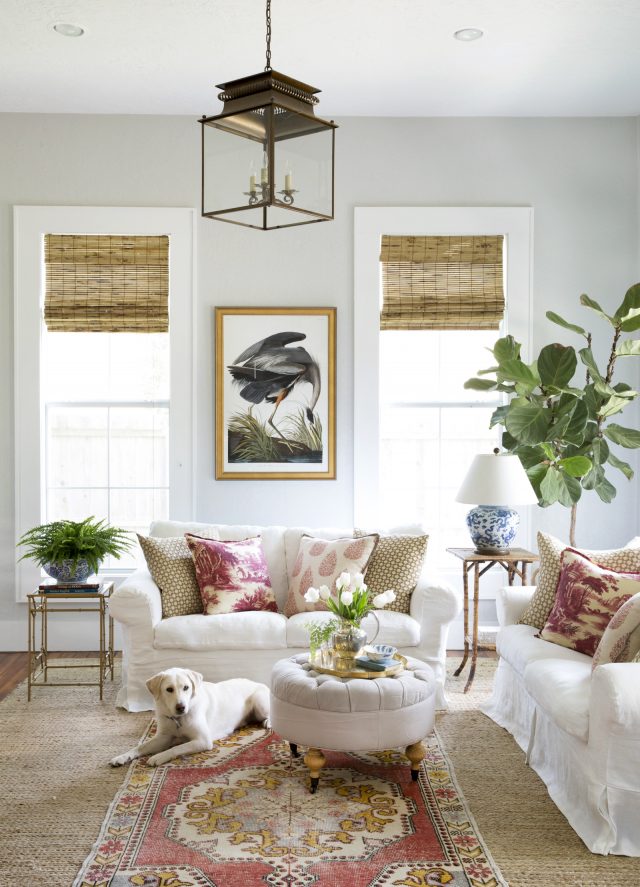 They’re so popular because they visually fill dead space so well and green, whether fresh or a really good faux, adds life to any room. After seeing her living room, I went online in search of a fake. I’m a realist, after all. :) It’s hard to find one that A.) looks anywhere close to real and B.) is under $300. After much searching, I found this one: 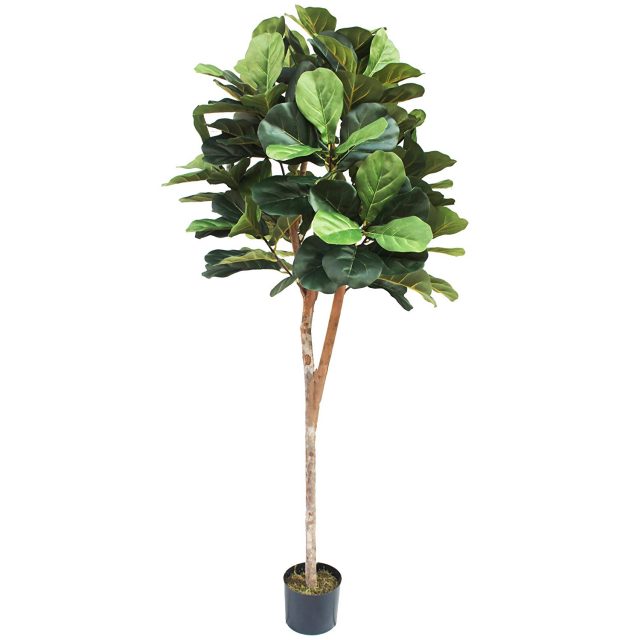 Even with shipping, it was less than half the cost of the Pottery Barn one I’d been considering forever. I definitely felt like I was taking a chance on this one since I wasn’t totally convinced by the product photo. . . 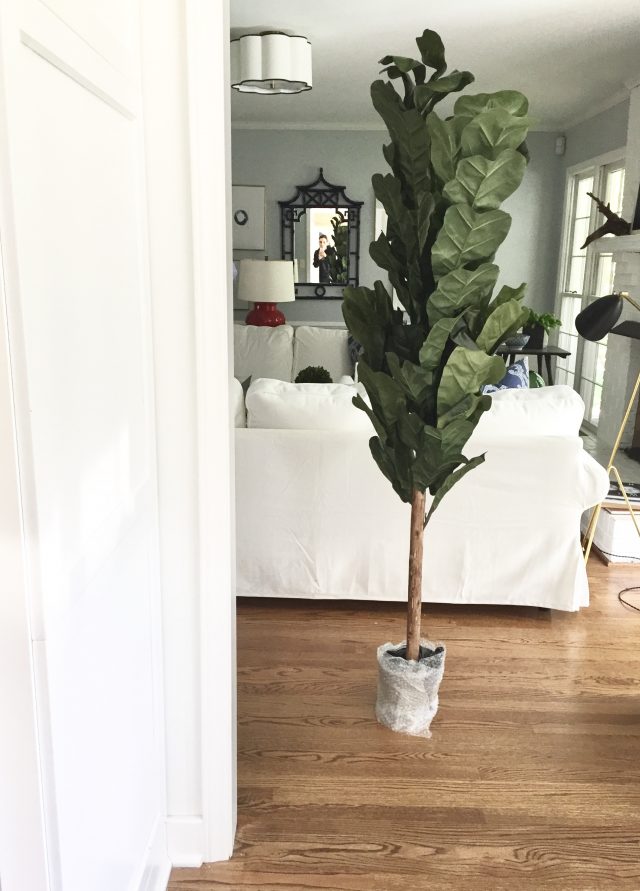 And after some fluffing: 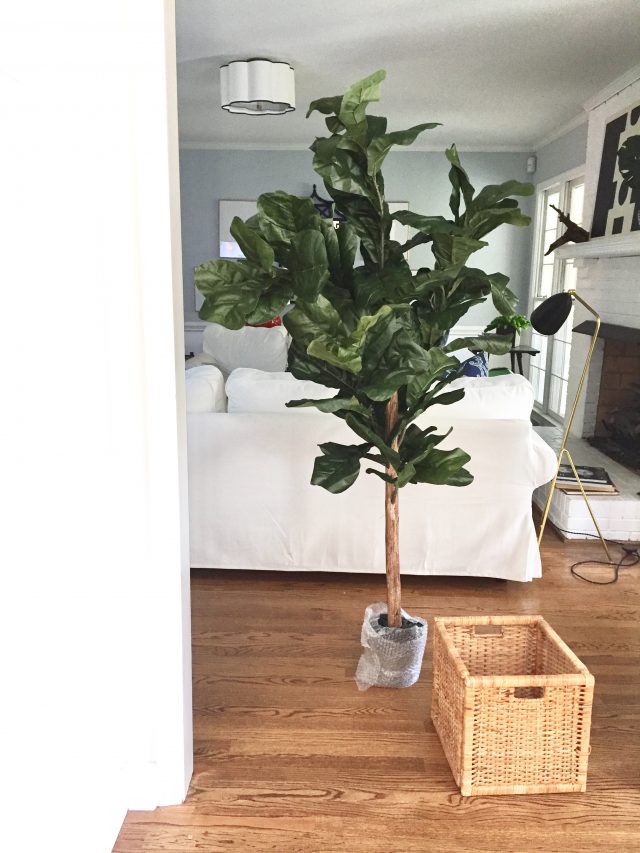 Much better. I stuck it in a seagrass basket, and until I can get some moss (maybe never) to fill the basket, I just wrapped a tablecloth around the base. (I did boost it up with some books in the bottom of the basket.) 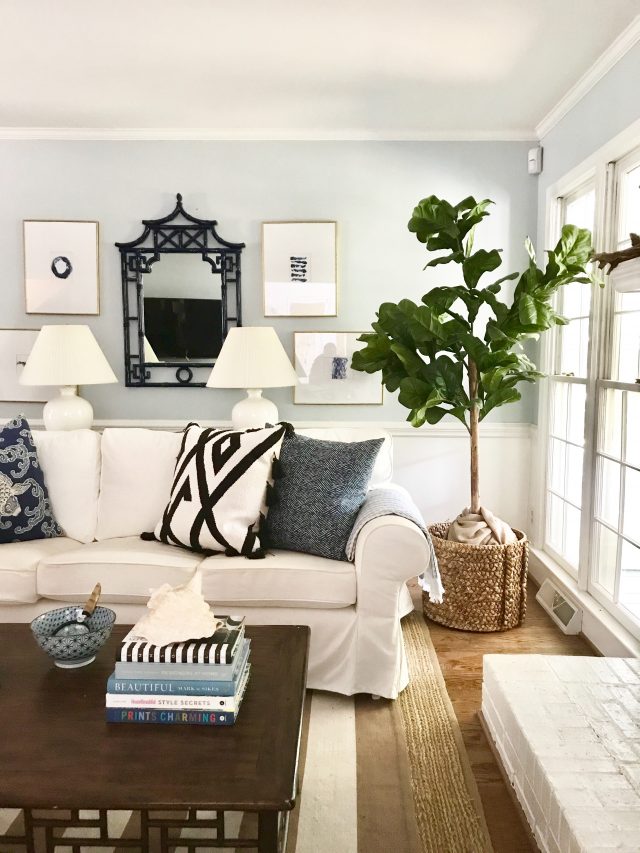 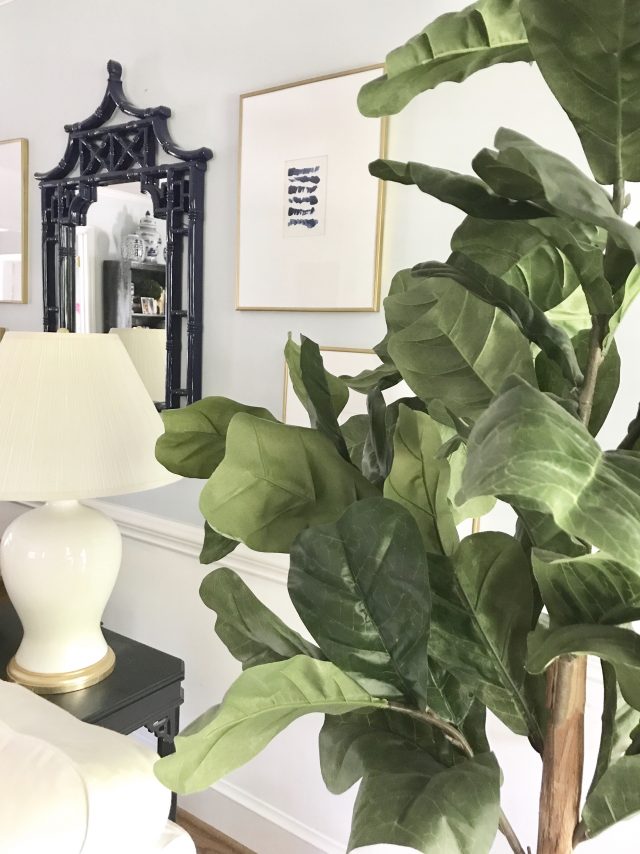 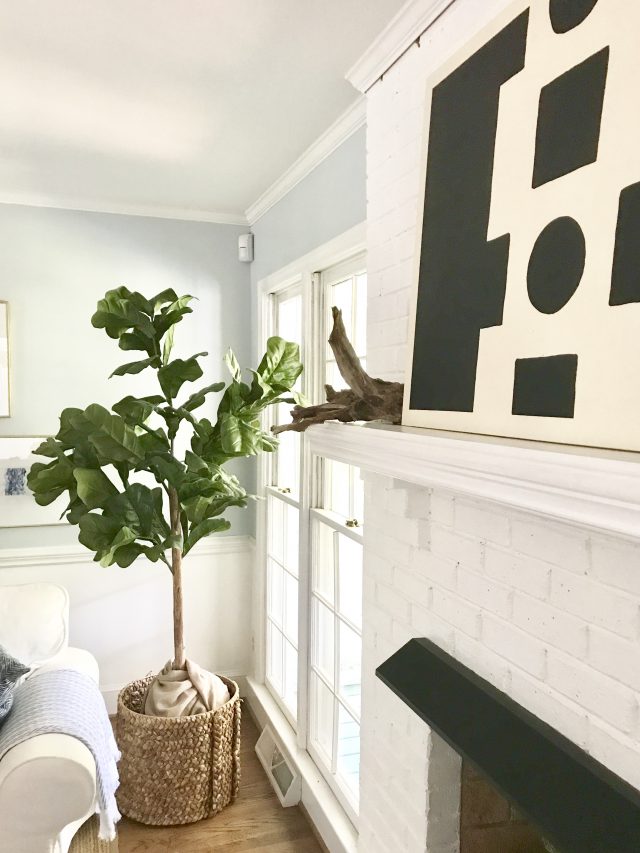 Overall, I’m pretty pleased with how realistic it looks–at least from afar. (If anyone crawls back in this corner and sticks their nose in my tree, they’re not invited back!) I really like the shape; it feels “natural” and sprawling which is the look I wanted. 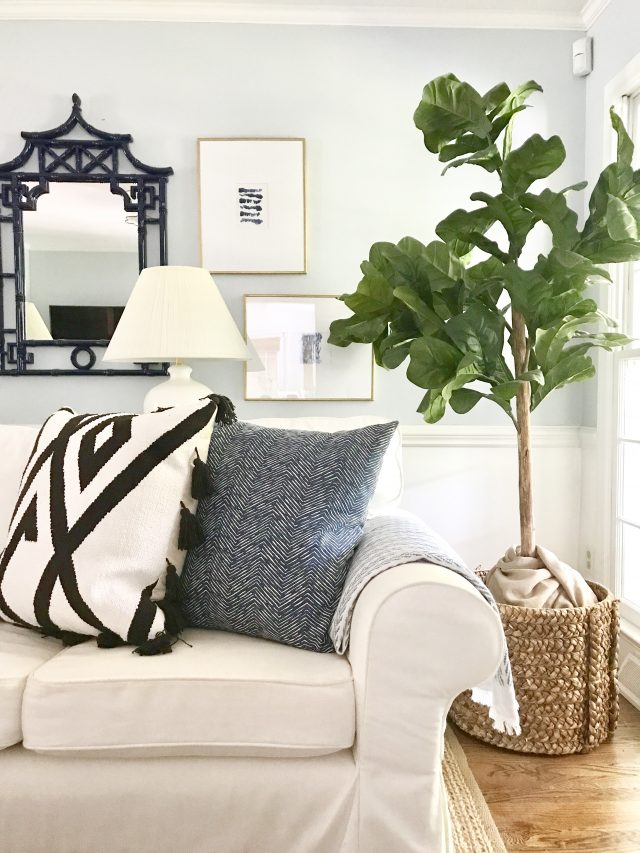 By the way, here’s one other option I found online at a good price and the same height. 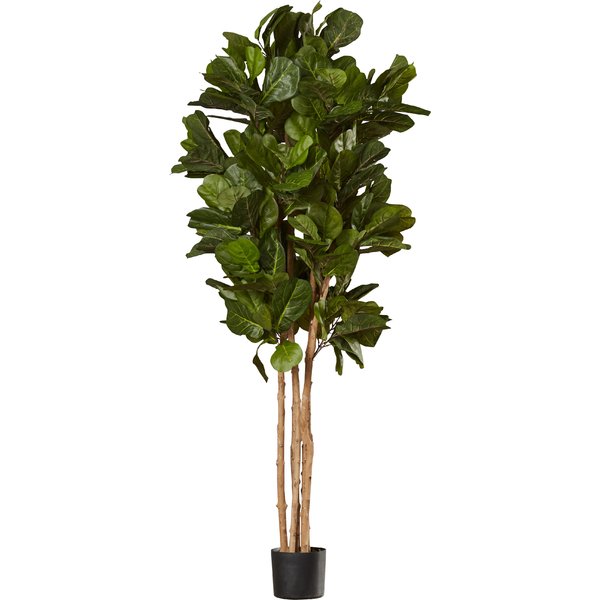 This one would give you a fuller look similar to this, if that’s what you’re going for. . . 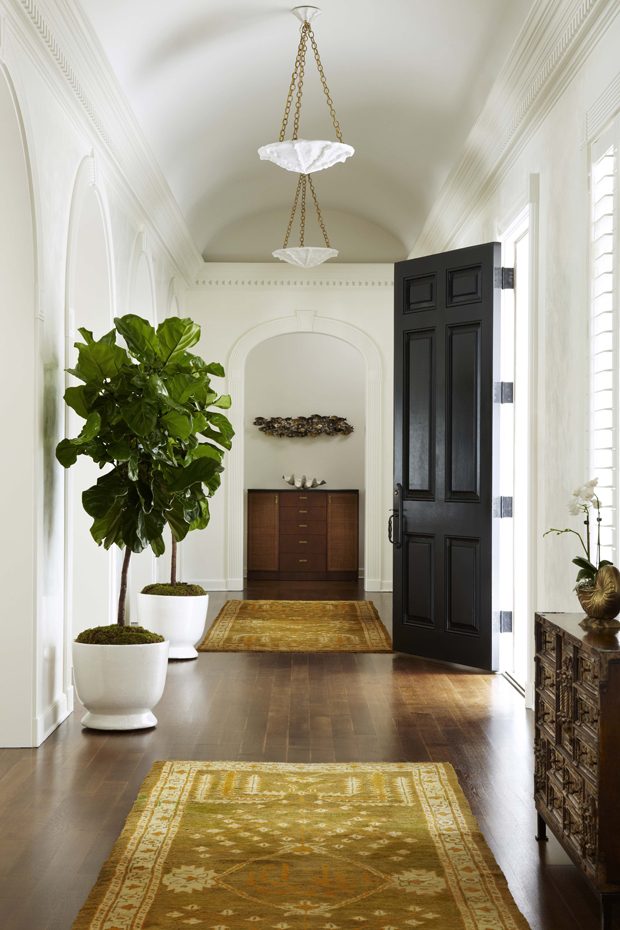 Carrier and Company (Two in a big entryway; pretty idea!)