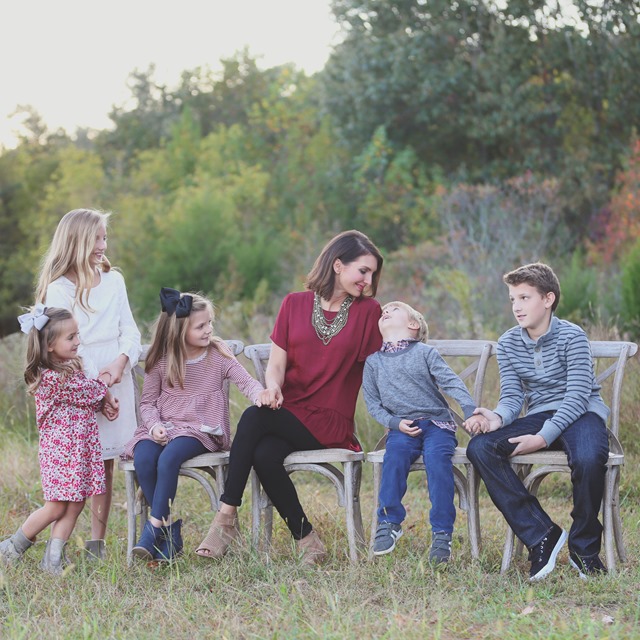 I went back and forth as to whether or not to even acknowledge this big birthday on the blog. But, as I was thinking back over the last decade, it’s just been too good to not give Him praise. (Plus, some of you have been with me through most of it.) In the last ten years, I’ve birthed three babies, started this blog, attempted a design business, celebrated 16 years of marriage, moved four times, changed churches three times, kept the same best friend and broken my addiction to Diet Dr. Pepper. My body is worse, but my contentment is way better. The beauty of aging—right?

I used to watch all of those women on Oprah talking about how 40 is the best age. You’ve learned to embrace who are you are and let go of (most of) what other people think. I always just thought they were saying that to make themselves feel better because they were, you know, old. Turns out, they were actually telling the truth. Wrinkles and saggy-after-baby-bellies matter less than having fun and counting your blessings. Oh, and you also find out nobody is really looking at you like you thought they were in the first place. It’s SO good when you start to get over yourself, isn’t it?

What nobody actually tells you is that you can turn 40 in age (and body) but mentally still feel 14—for the most part.

So, turning 40 isn’t freaking me out as much as I thought it would. What’s really freaking me out is the fact I’ll have three drivers by the time I turn 50. Now, that’s scary. But, I won’t think about that today and will try my best to savor the good decade ahead.

I know many of you are more “experienced.” So, I’m curious. What’s been your best age so far?