Some of you have asked for a kitchen update, so I thought I’d post a quick picture. The hood was just installed yesterday, and it’s a beauty. My husband is still puzzled by the whole concept of paying “good money” for something that “blows air”, but after I explained that it was the “crown jewel” of the new kitchen, he’s just as overjoyed as I am—for the most part.  :) 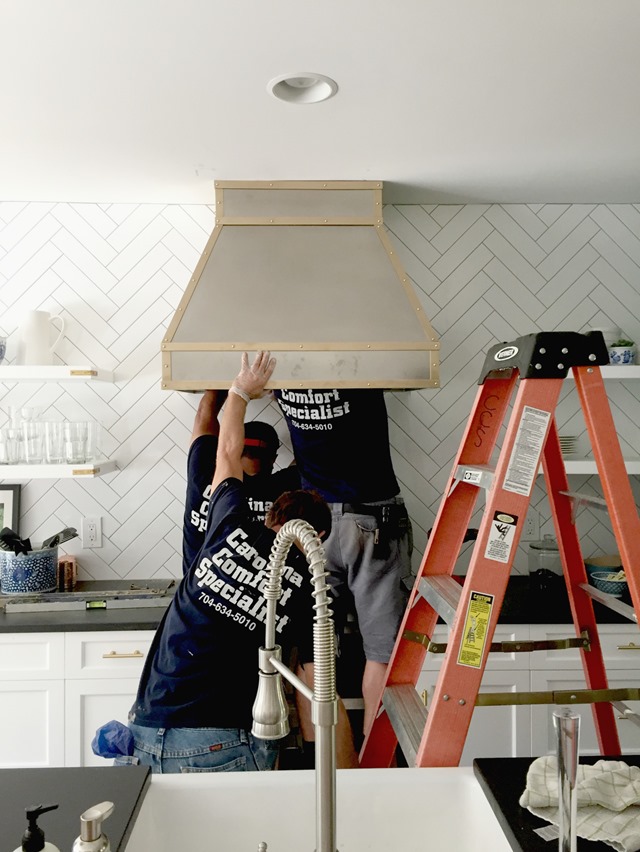 We worked with a company our designer found called Raw Urth to design it.

I have just about zero motivation to get the few decorative things done that are still left—at least until school starts back. So, the “big reveal” will come one of these days. Until then, I’ll be showing you more bits and pieces and talking about why we chose what, along the way.

Catch up with the rest of the kitchen renovation here.