I wrote the first check yesterday, so it’s official. Our kitchen renovation is underway! Walls should be coming down in a couple of weeks, and in the meantime, I’ll be figuring out a way to get the hood of my dreams and still send our kids to college. . . (Holy cow! Those things are expensive. . . The kids and the hoods.) So, first things first: the new layout. 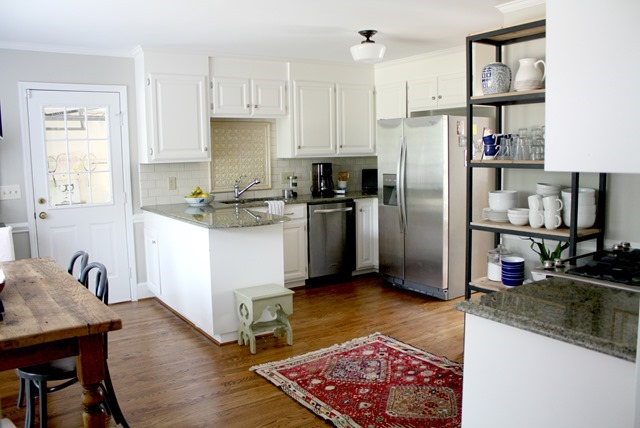 I had mentioned in a previous post that the kitchen sink might move over in front of the windows. I was so excited about this idea until our designer (who’s also a mom) pointed out that the flow of traffic in and out of the door (shown above), between the sink and where the end of the island will be, would make me a crazy person. And, she was absolutely right. How many times a day do I already have to say “get out of the kitchen!”?? As pretty as it would’ve been, it just didn’t make any sense function-wise. 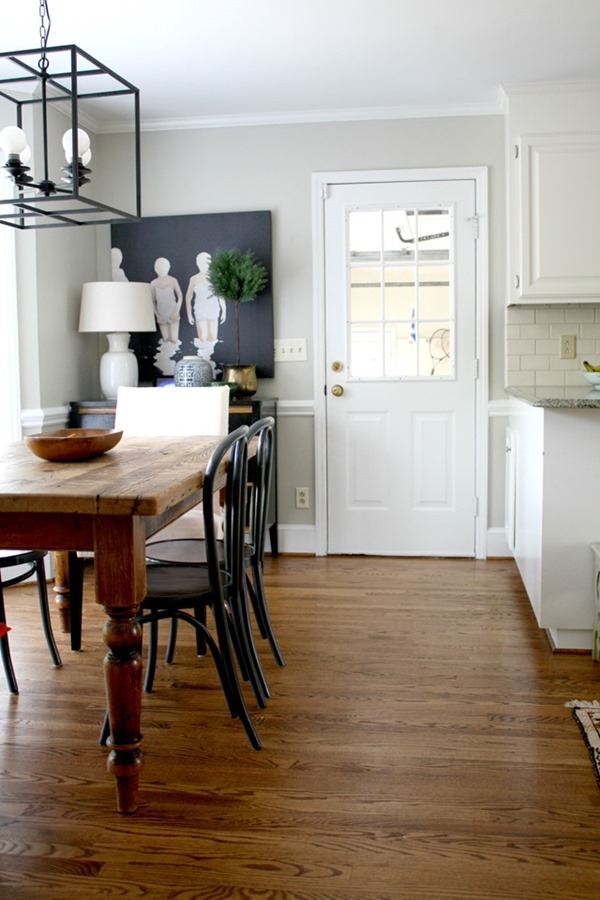 So, this is the new layout: 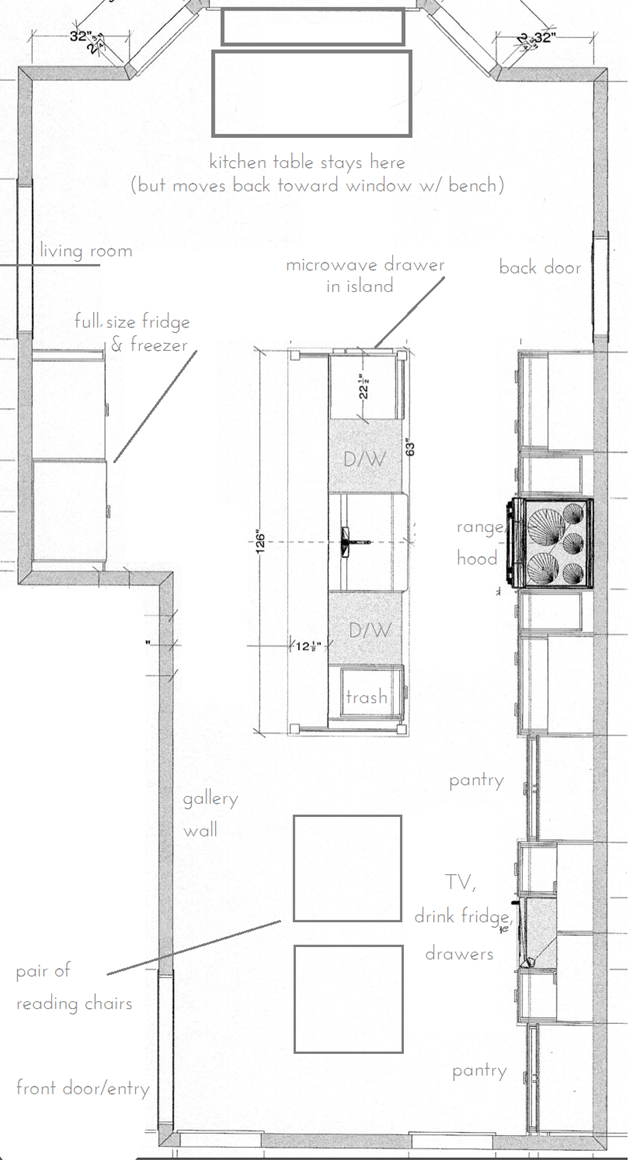 So, the wall you see here (where our stove is now) will become a full fridge and freezer. The pantry (right behind that shelving unit) will be removed to open up the space: 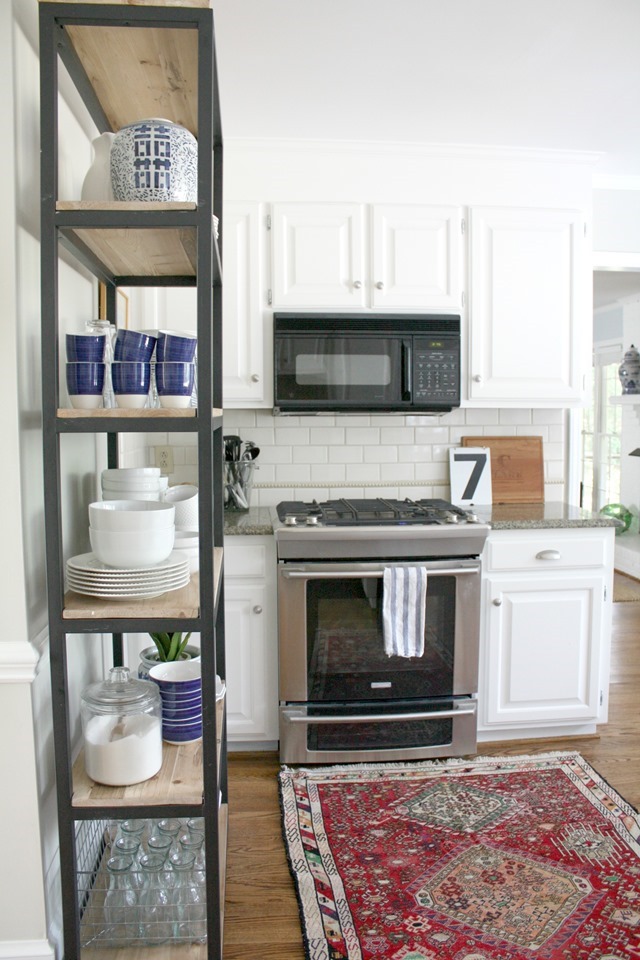 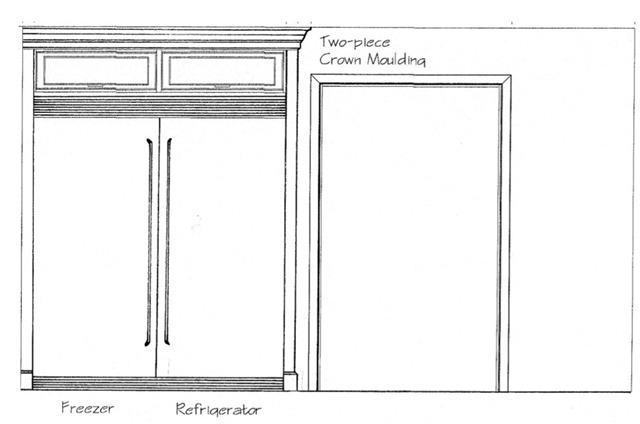 On the other side of the room, the range (and hopefully, my pretty hood) will go where the sink is now. The wall behind the fridge will be removed to open up the kitchen into the front room. A long island (with five barstools—yippee!) will go in the middle of the space. 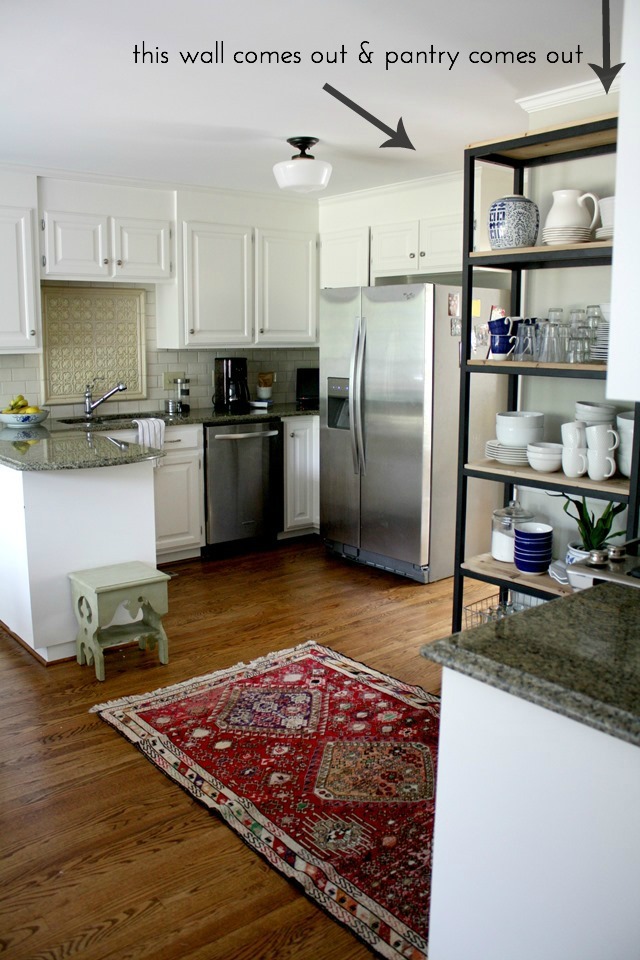 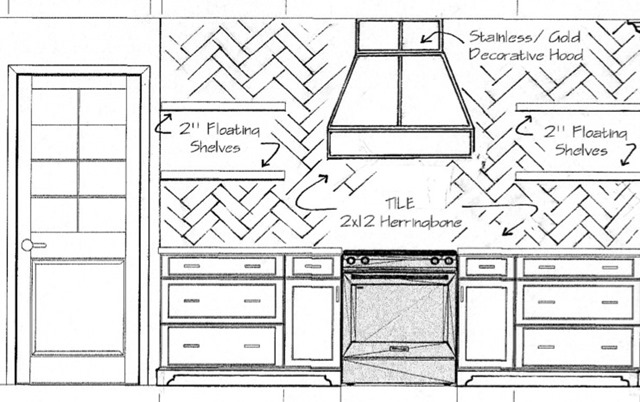 This next rendering is actually a continuation of the same wall; I just broke it up into two images because it was so wide. The piece you see below will actually be where the front (black) room is now. The two tall cabinets are pull-out pantries. 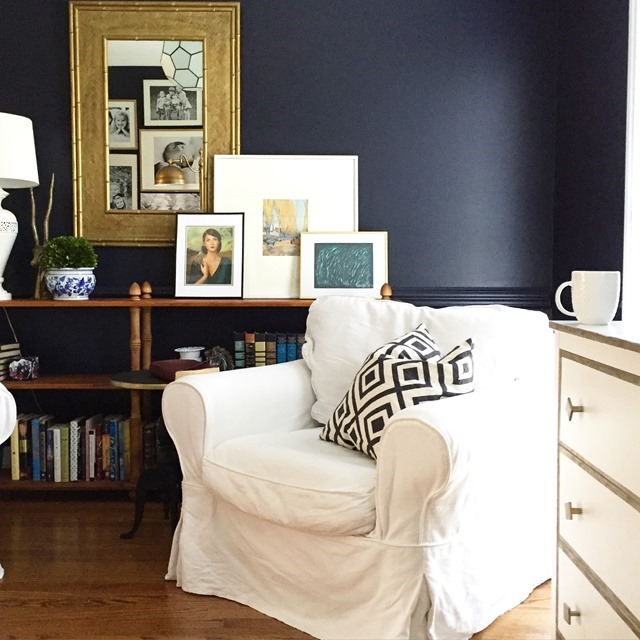 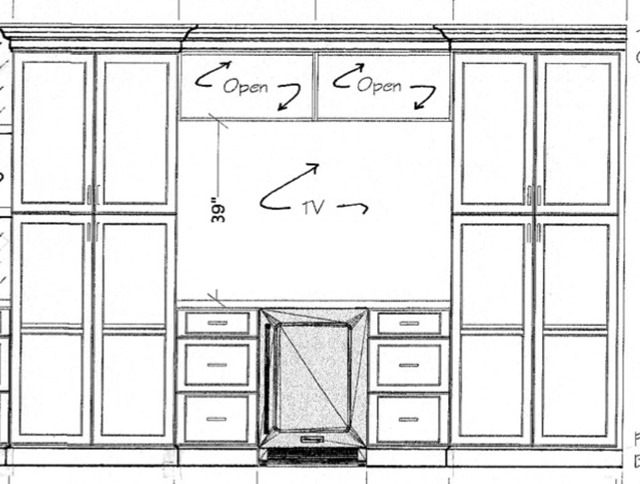 I’ll put a pair of chairs in front of the TV here. I”m already banking on that becoming my new morning reading spot. :)