This is the first house we’ve lived in with 8’ ceilings. And, while I like how they feel, I’ve had to change the way I think about lighting. I’m usually of the “bigger is better” mindset when it comes to overhead lighting, but that’s obviously not going to work in every room here. I think flush mount lighting has gotten somewhat of a bad rap. I’ve always thought of them as not very exciting and definitely nothing that makes a statement. 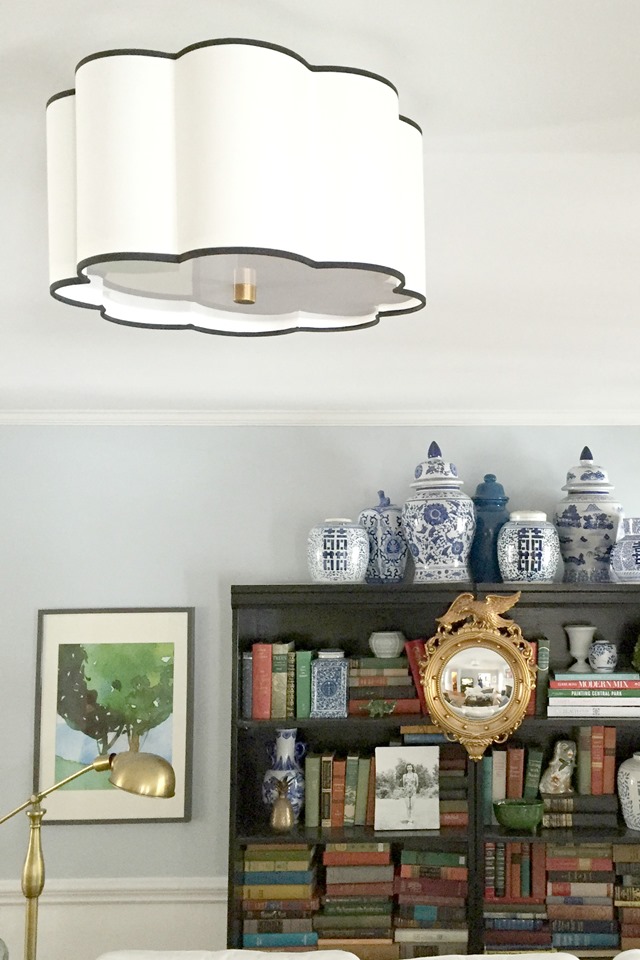 But, I think it’s crazy to sacrifice style just because you have lower ceilings. That’s why I lived with a gaping hole in our living room ceiling for several months (after we removed an older ceiling fan) until I found something I loved. I didn’t want to go too small, and I knew I wanted something pretty that still gave out plenty of light. 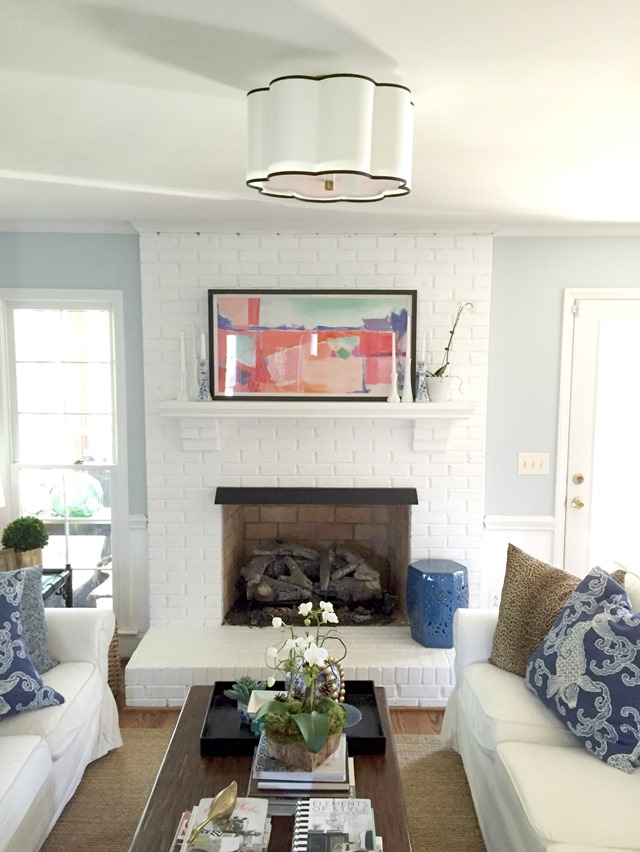 I actually had this one (the Robert Abbey Axis found here) in my cart several times before I pulled the trigger—mostly because of the price. I could more easily justify spending more money on a chandelier or larger pendant, but I’ve never considered a flush mount an investment. After finally ordering this one, I’ve changed my mind. I think the right light is worth investing in, no matter the size. 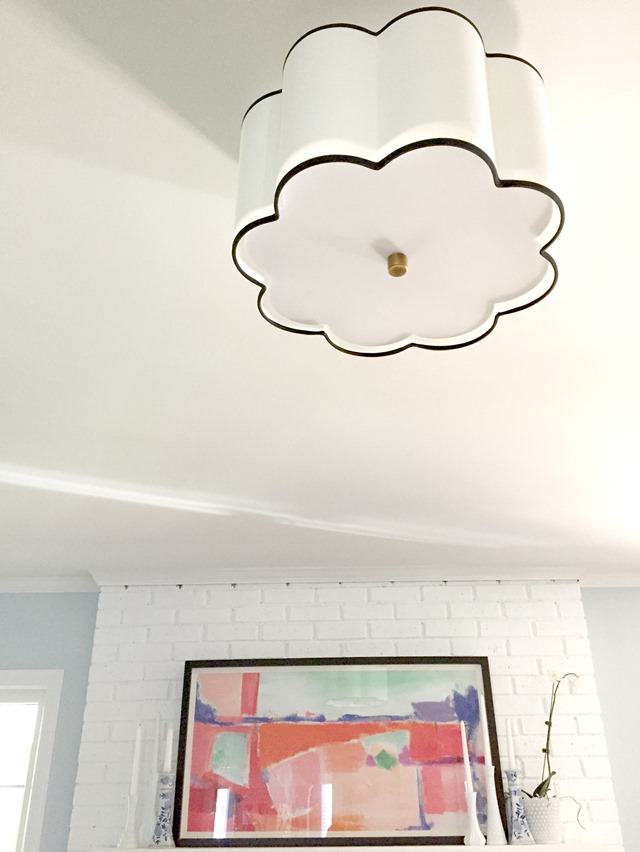 You know I’m all about searching thrift stores for light fixtures when possible. But, let’s face it, there are very few good, secondhand flush mounts to be found—unless you’re looking for boob lights.

Side note: I don’t usually make blanket statements about any decorating piece for fear I’ll likely offend some (or lots of) people. But….I can say with confidence that “boob lights” don’t do rooms any favors. (If you don’t know what I’m talking about, just Google image it. Oh, and also never say “boob light” in front of a fifth grade boy. I learned that lesson the hard way.)

To further prove to you that flush mounts can be super stylish, I’ve rounded up ten of my current favorites:

(Some of these are available in other finishes. But, you can tell I’m partial go gold/brass.)