The boys’ bedroom has one of those fun little nooks around the only window in the space. Since my oldest really wanted a desk, we decided to make it his “office” area. The room is long and narrow, except for this one nook, so I painted it a dark navy to make it feel like a separate little space. (It’s the same color I used here.)  And, when it was time to hang something on the walls, I initially thought of framing nautical flags. My 10-year-old suggested World Cup country flags instead. Sold! (And, it makes way more sense, since he’s a soccer player and not a sailor. . . ) 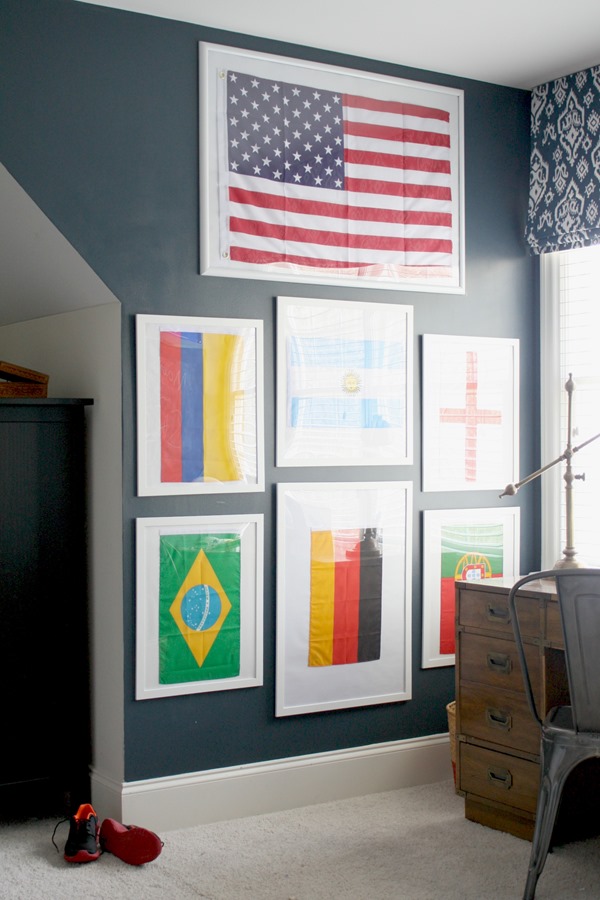 I bought several inexpensive flags from Ebay sellers (I think the total was around $35), and put most of them in IKEA Nyttja frames. No fancy framing job here. I simply flipped the paper frame insert over to the solid white side and taped the flags right on top. 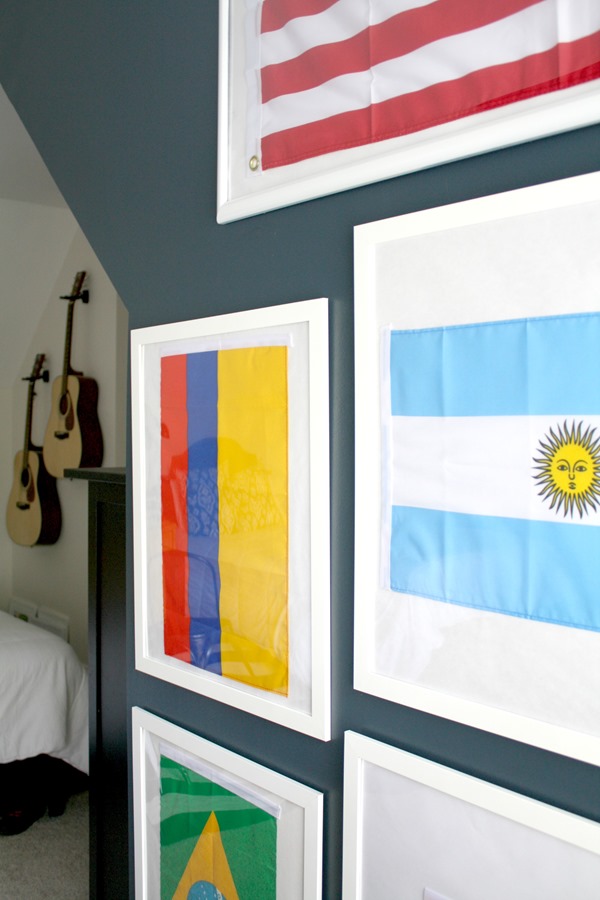 I also found a campaign desk at a friend’s yard sale last summer. It’s not in perfect shape, but I have no plans of painting it. I love the wood against the navy. The metal desk chairs used to be in my office. 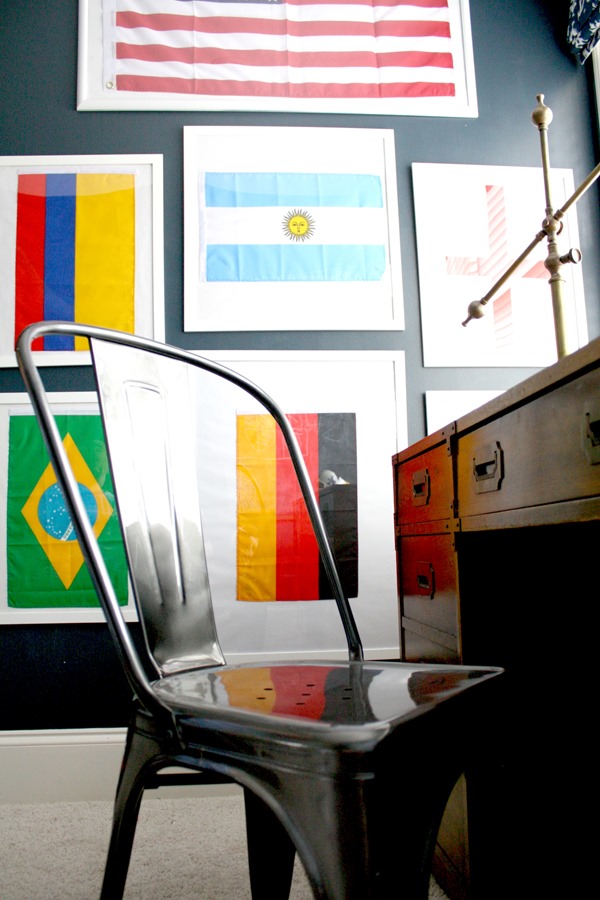 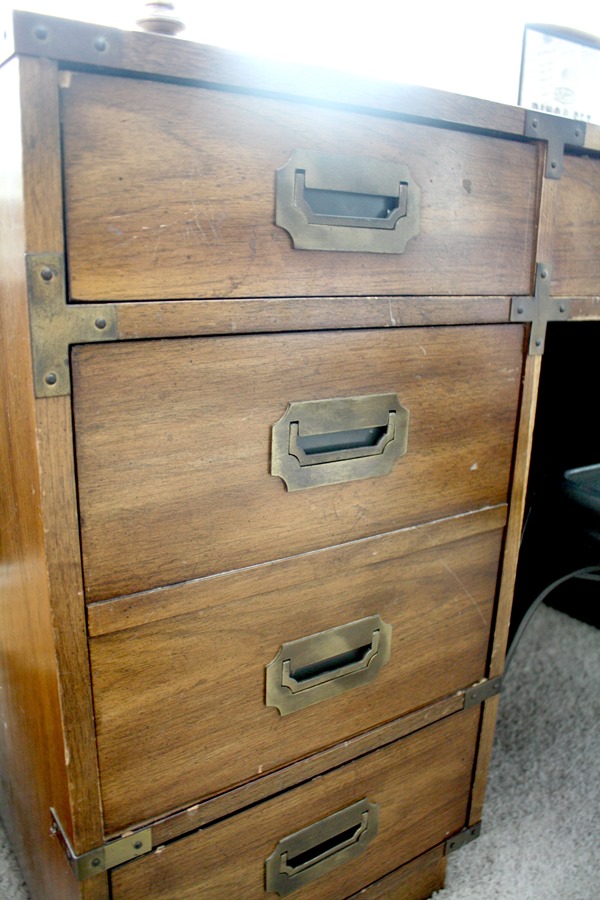 I had a simple roman shade made (to soften the look of the blinds) in this Ikat fabric. 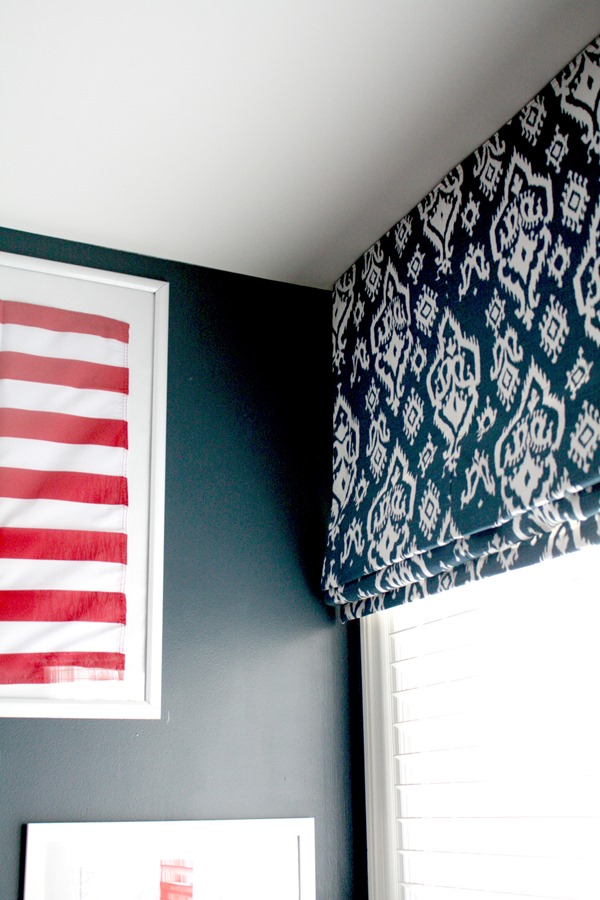 I’m going with the colorful flags as inspiration for the rest of the room. In the next few weeks, I’ll show you some other ways I’m adding color.