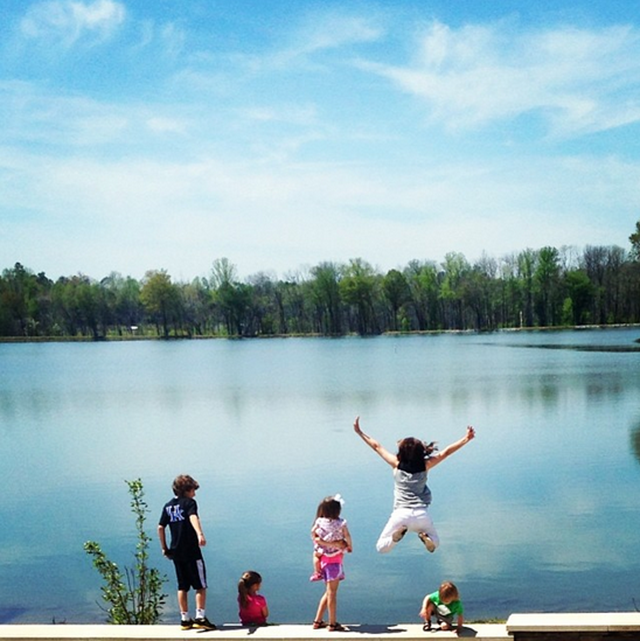 My dad swears that I used to say I would never have any kids. Truthfully, I don’t remember that, but I probably did have more aspirations of being a business woman than a poopy diaper changer.  If you would’ve told me when I was 16 that I would someday be able to wipe noses and other body parts on other people all while eating my breakfast, I would’ve told you that you were nuts.

While five isn’t the biggest number of kids anybody’s ever had, it sometimes feels like a lot. We’re not even close to competing with the Duggars, but you should see some of the looks we get in public—especially in restaurants. I swear to you that I caught one lady counting the kids as we walked in and sat down at our table and then shake her head in disgust. I can count on one hand—more like three fingers—the times a complete stranger has come up to me and said something positive. Isn’t that weird? I find it puzzling. 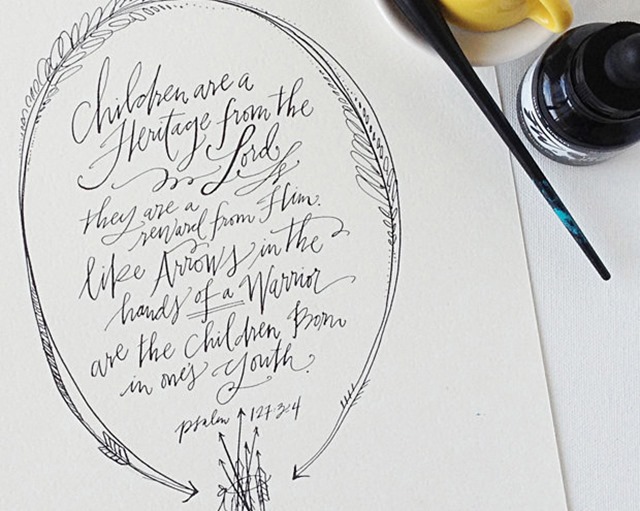 I want to say to them that they’re not a “bunch” or a “group” and especially not a burden. They’re five unique little individuals with five very different personalities, each of them needing to feel special and specially loved by me. I hope I’m doing this right. . .

I’ve learned—and am still learning—that not everything matters. Clothes don’t have to match, shoes are (mostly) optional, and wet wipes can substitute for a bath when pressed for time. They can wear the same dress to church three Sundays in a row, and no one will notice. I’ve also seen first hand that you can, in fact, grow up big and strong on a diet that consists mostly of Goldfish crackers.

I’m thankful for the example of my own mom. I’m sure she lost her temper and had days when she wanted to pull her hair out, but I honestly don’t remember any of that. I just remember her being there, doing whatever we needed, taking good care of us. (This gives me hope my own kids will remember the same thing. . .) I still remember the advice she gave me two weeks after our second baby was born as she left to go back home to Kentucky. I stood in my driveway crying and scared to death, holding my newborn with an 18-month-old attached to my leg. She said “it’s okay for somebody to cry some of the time.” Even the momma. There’s no way to keep everybody happy 100% of the time. The odds just aren’t in my favor. And, it’s okay. 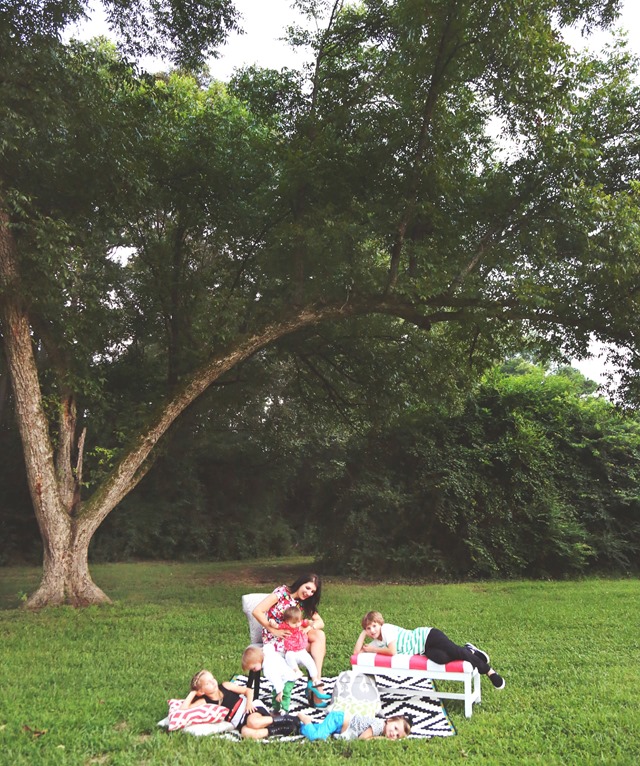 Motherhood is hard. And, it’s sweet. The more kids I’ve had, the more I’ve learned about God’s grace. I mess up daily and am thankful for His new mercies each morning. If not for that, I would’ve thrown in the towel a long time ago. Fortunately, that grace is extended to everyone. Not just mommas.

Here’s hoping your Mother’s Day is a happy one.