I’ve loved this picture from Lonny for a while now and knew I wanted to do something similar on the windows in our living room: 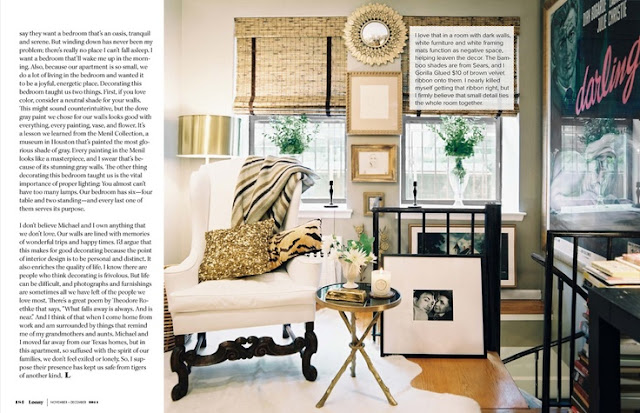 We didn’t really need any window treatments for shade or privacy, but I felt like it looked a little bare with nothing.  Curtains were out since we use the door to the left of the fireplace on a daily basis.  And, I didn’t want anything that would cover up the transoms.  So, I ordered these shades from Overstock a year ago. (Yes, a year ago–and just hung them within the last month.  Does that make you feel better?)  They were cheap enough that I decided I could try painting them to replicate the look of the Lonny photo. 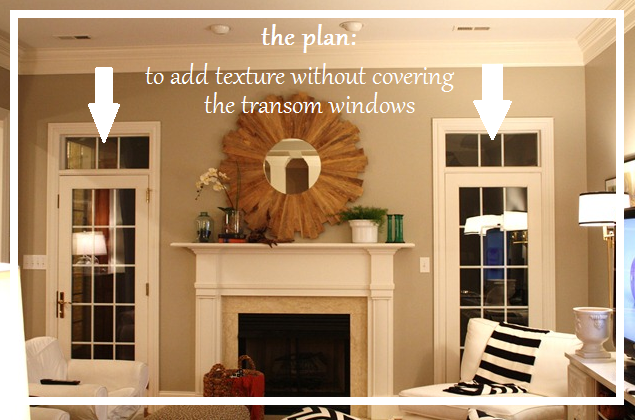 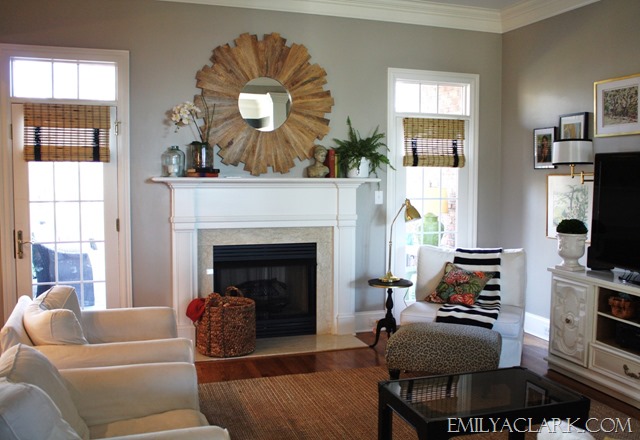 We’ll never actually pull these shades up or down.  They’re just to make the windows look “finished.”  But, I wasn’t sure if I could attach ribbon to be perfectly straight, and if it would “bunch” right when I pulled them up.  So, I went with paint. 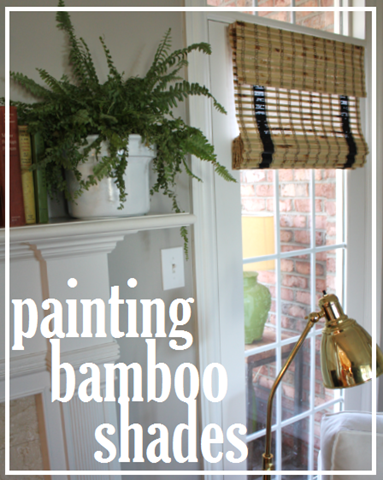 I started by taping them off with Frog tape, which was pretty easy since I just followed the lines already on the shade.  I used the high gloss black because that’s what I had in the garage.  (Do you love my well thought-out design decisions?) 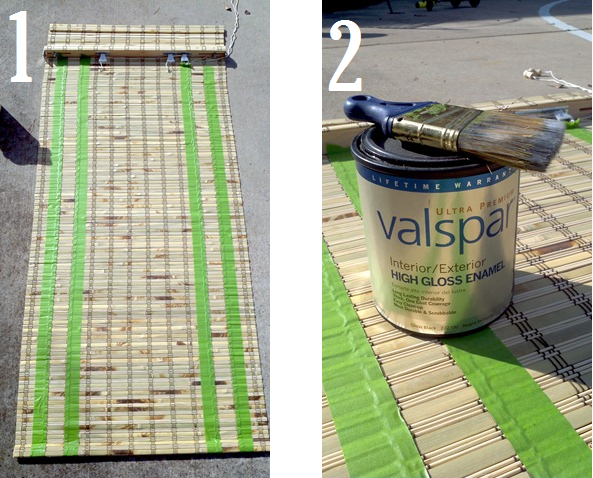 I took an almost dry brush and painted the edges of the tape first to prevent bleeding, and then I “smudged” on the rest of the paint so that it would go on pretty thick.  (The shade kind of soaked it up.) 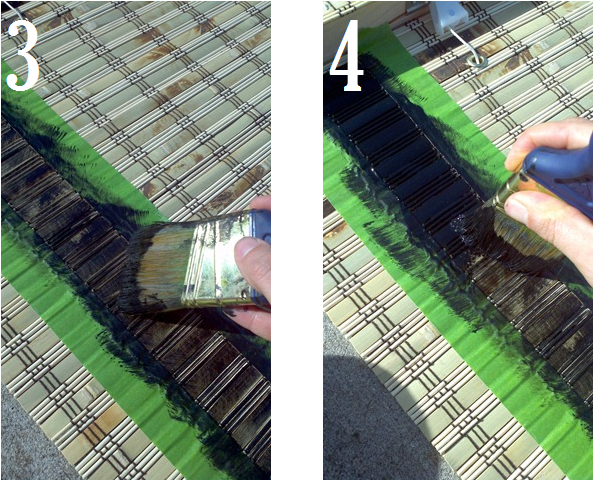 I pulled off the tape while the paint was still wet. 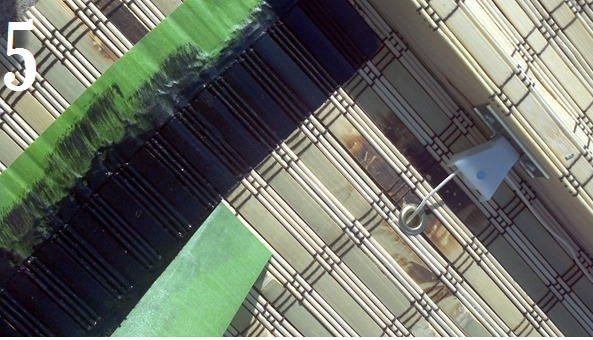 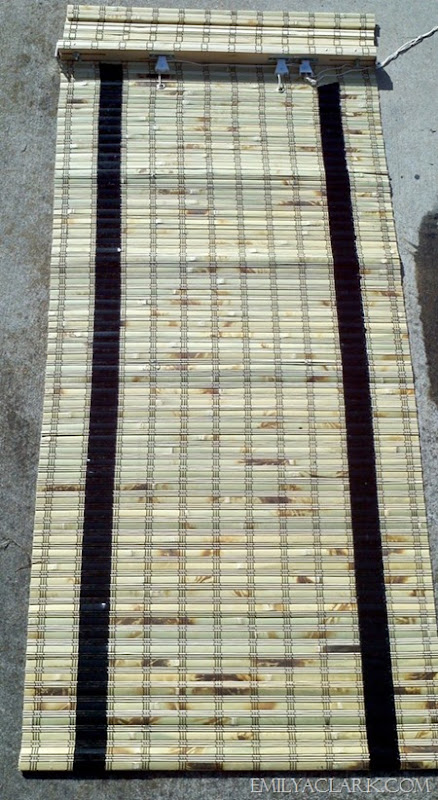 Why this project isn’t perfect:

I like the way it turned out, but I don’t want to lead you astray.  It looks great at night, but you can see that the sunlight breaks up the black stripes during the day because it is a bamboo shade, after all.  I did attach a white liner to the back with spray adhesive, which helps a little.  It doesn’t really bother me, but I wanted to give you a heads up if you plan on doing a similar project. 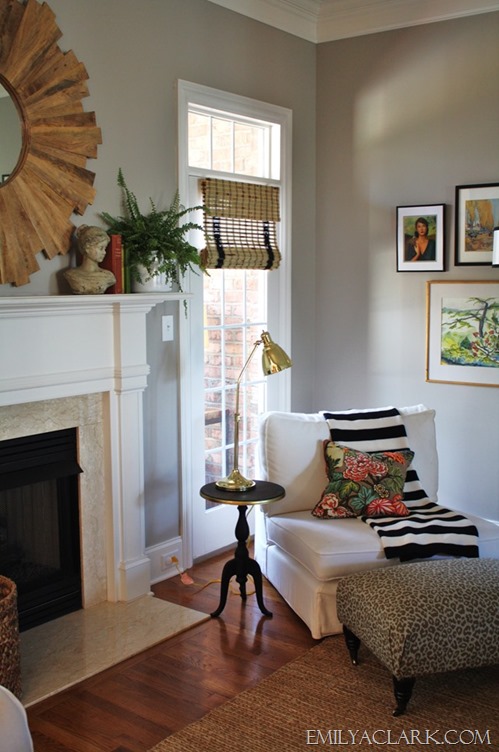