Since the space under our kitchen bar counter takes heaps of abuse, I decided to paint it with chalkboard paint. 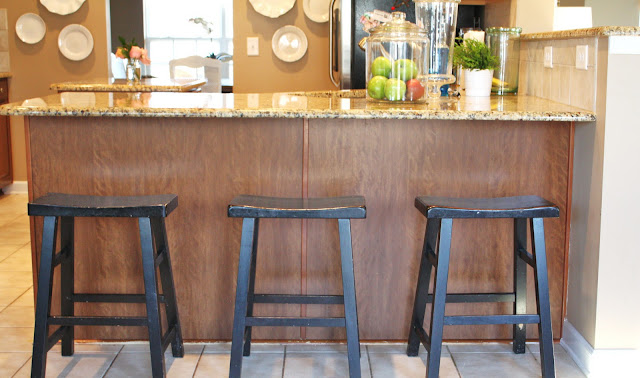 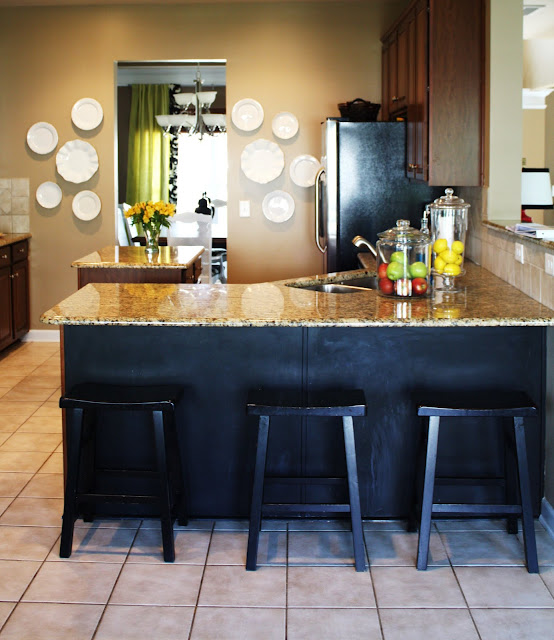 It definitely wasn’t the easy afternoon project I had envisioned, but I really like the way it turned out.  But, for those of you considering this, here’s the good, bad and the ugly details of using chalkboard paint under your counter. . .

First off, ignore the mess on the counter.  I know you’re looking at that first, so I thought I would just go ahead and say it :)

I started by using painter’s tape to tape off the trim on both sides and the floor. 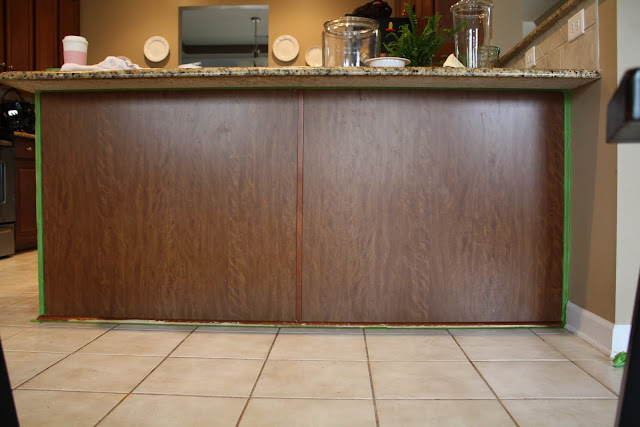 I wasn’t even going to use primer but someone told me that chalkboard paint would slide right off of that surface if I didn’t.  I actually rolled on a pretty heavy coat of Zinsser primer, and I think that was a good thing. 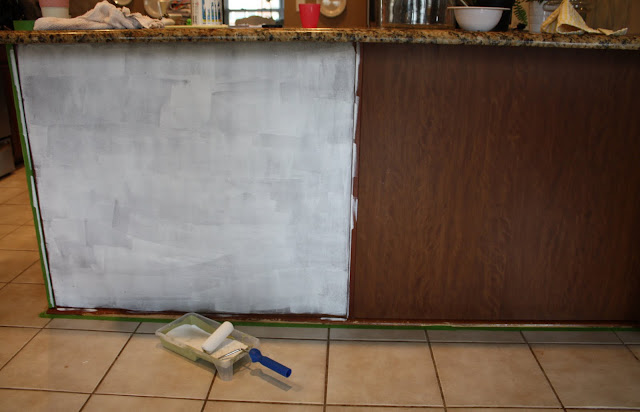 No turning back now. . . Primed and ready to paint: 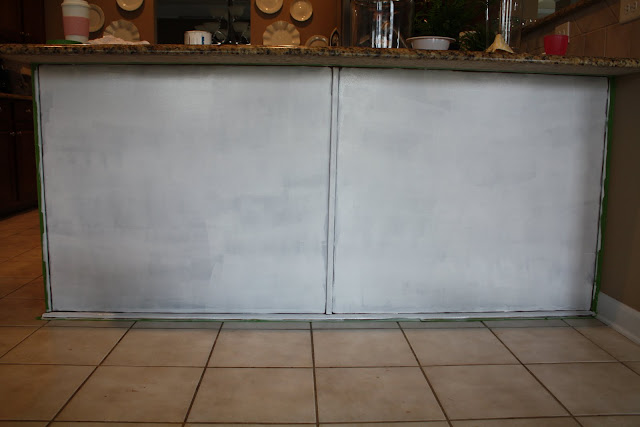 I used some Valspar chalkboard paint that I had left over from another project: 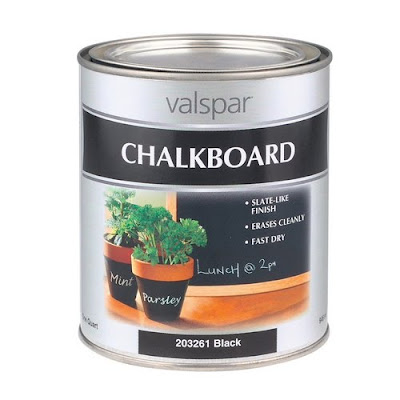 I was planning on slopping on one coat and going about my business, but that didn’t work out.  Here’s the right side with one coat, and the left side after two coats: 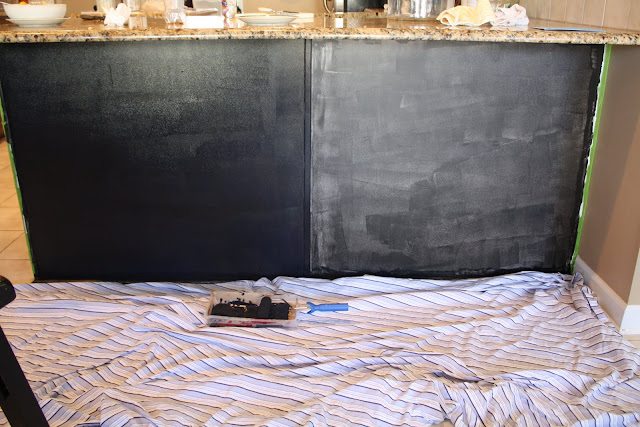 Time to take off the tape and admire my work. . . Unfortunately, the two coats of paint and primer decided to come off right along with it in a few places. 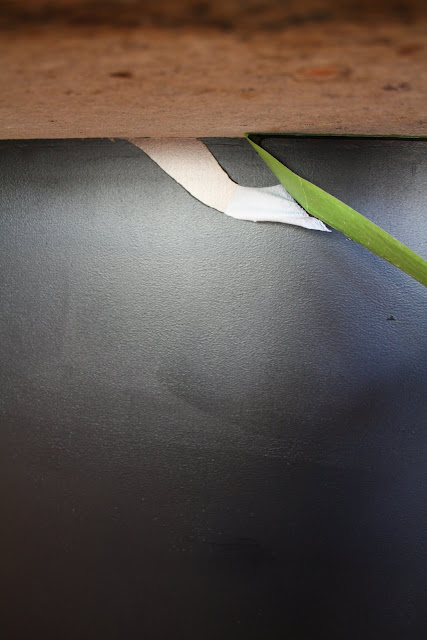 I also decided how obviously stupid it looked to leave that one strip of trim unpainted and went back to work covering it up. 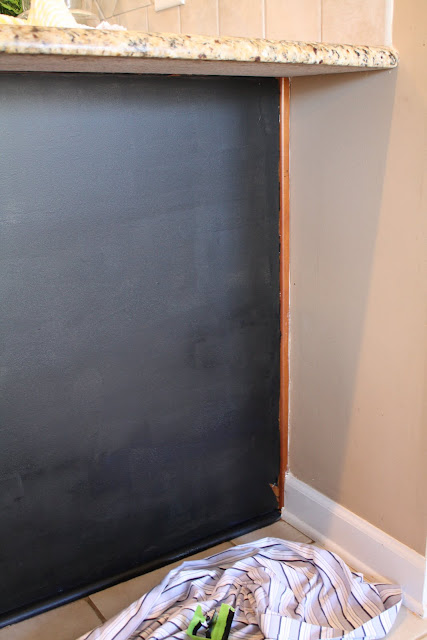 I found the best method for touch-ups was just to take a regular brush and “glob” in places that needed thicker paint to cover. 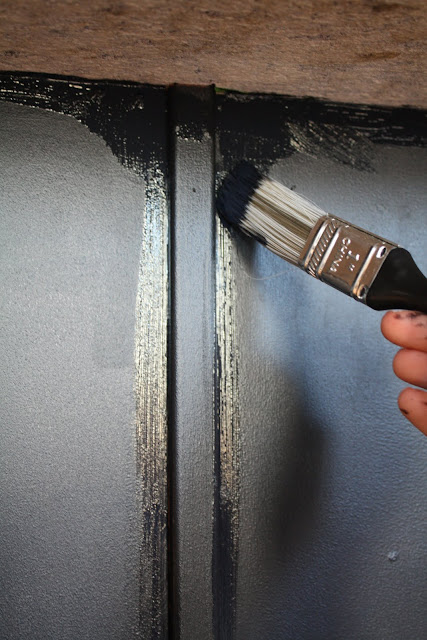 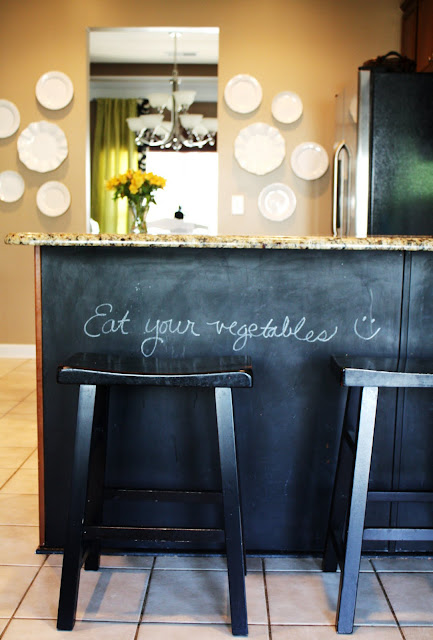 So, here’s my take on this project.  I like the way it looks and the texture it brings into our semi-uninteresting kitchen.  Some of you had mentioned earlier that you wouldn’t want all of the chalk dust that would come along with it.  Honestly?  I would welcome chalk dust anyday over some of the other nasty stuff I find on our floor (day-old nuggets, chewed-up grapes, smashed cheese. . . the list goes on).  Dust is least of my worries.

And, what do the kids think?  They thought it was novel for the first week or so, and as with most playthings, are pretty much over it now.  I’m still glad I did it, even if it’s just for the way it looks. 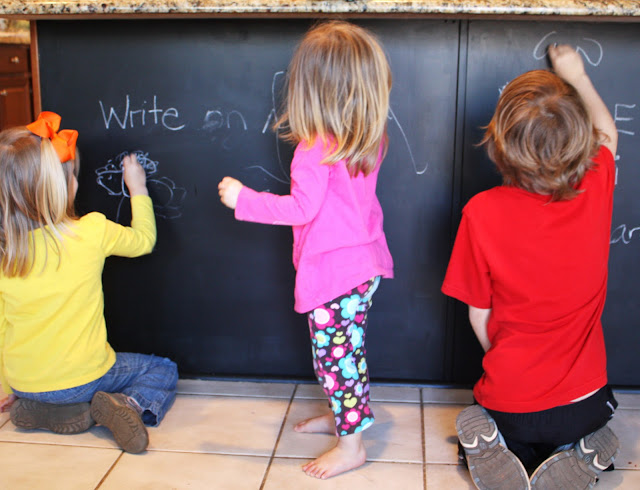