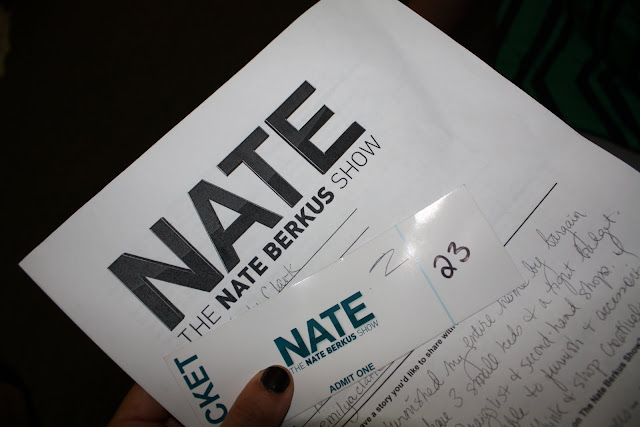 Let me start this post by saying, my real life day-to-day routine consists of feeding, dressing, driving, changing, and chasing three sweet little people.  And, I love it. But, my three days in New York couldn’t have been better–or more unlike my normal life :)  Here’s a (not-so-quick) recap.

We got off the plane Monday night and headed straight to the New York Design Center for the Rue Magazine launch party.  Totally glamorous and totally fun!  I immediately spotted some of my favorite bloggers and had the best time meeting them.  (I kept saying it was like my  high school reunion, only better.) 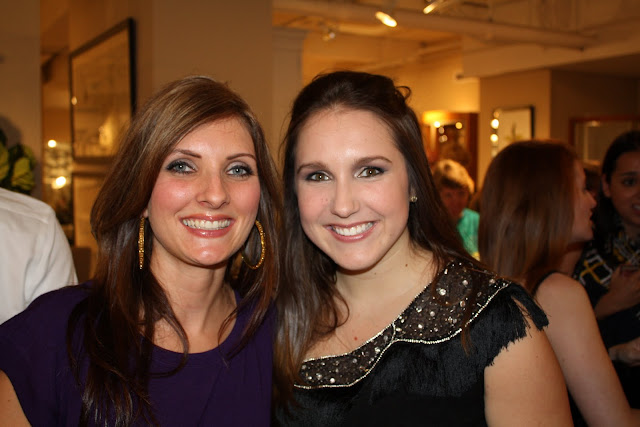 Alaina of Live Creating Yourself and Managing Editor of Rue Magazine (So warm and personable!) 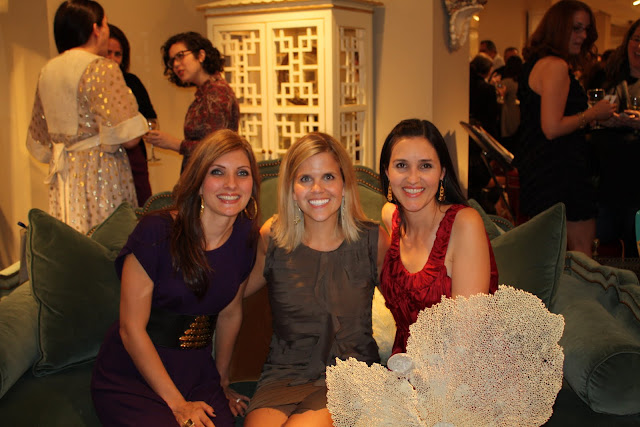 Marianne of Haven and Home and Cristin of Simplified Bee (Such sweet girls; loved being with them!) 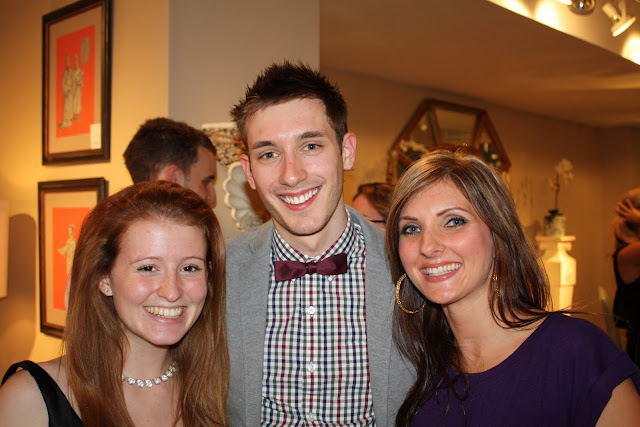 Mackenzie of Design Darling and Will of Bright Bazaar 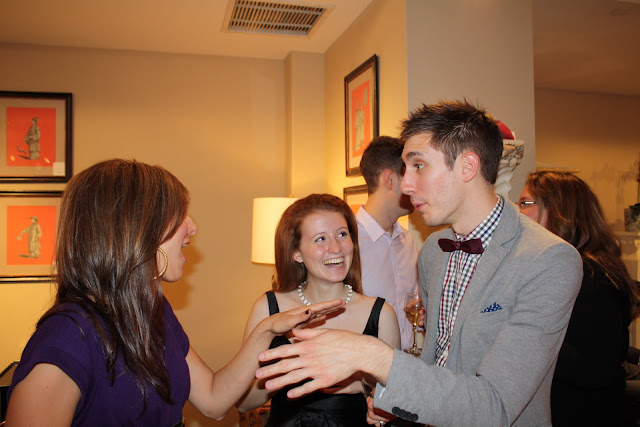 Between my Southern accent and Will’s British accent, Mackenzie thought this was the funniest conversation she had ever heard.  (We obviously had alot to talk about!) 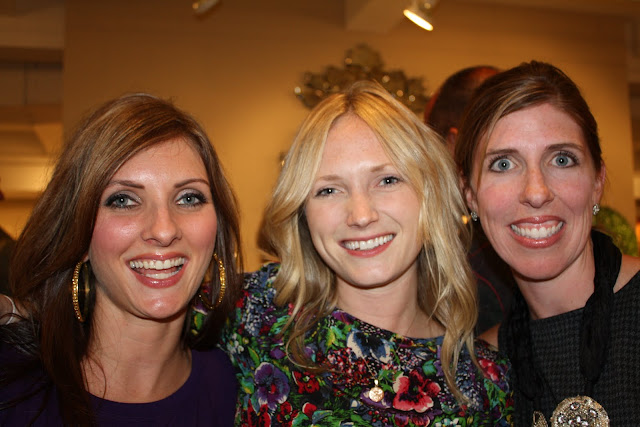 Oh dear heavens!  I am only posting this picture because I like Emily Henderson (HGTV’s latest Design Star) so much.  Unfortunately, in my excitement, I ended up looking like a complete goob. 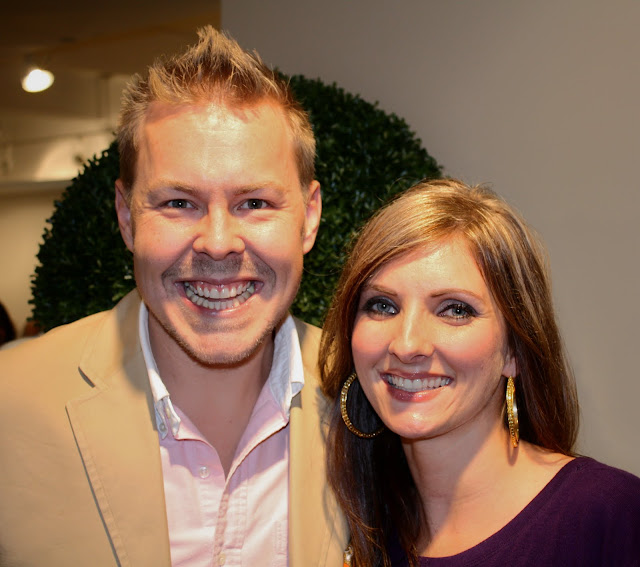 Also a thrill to meet Eddie Ross (I loved his season of Top Design on Bravo). 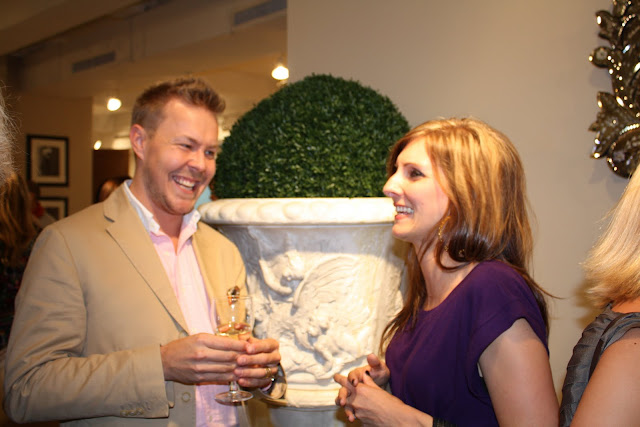 I think he was saying something like “Oh, Emily! I think your blog is simply brilliant!”  Well, I can dream, at least!

The majority of our second day was spent at the Nate Berkus Show–the main reason for our trip. 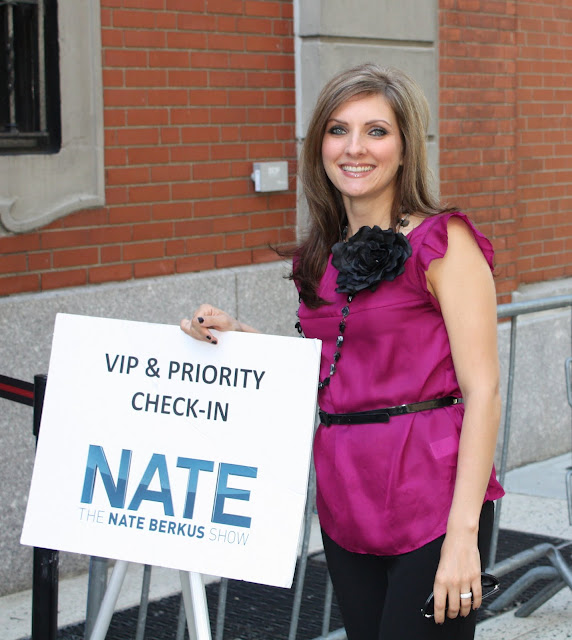 We spent a while in the holding room, where I got to meet even more bloggers. 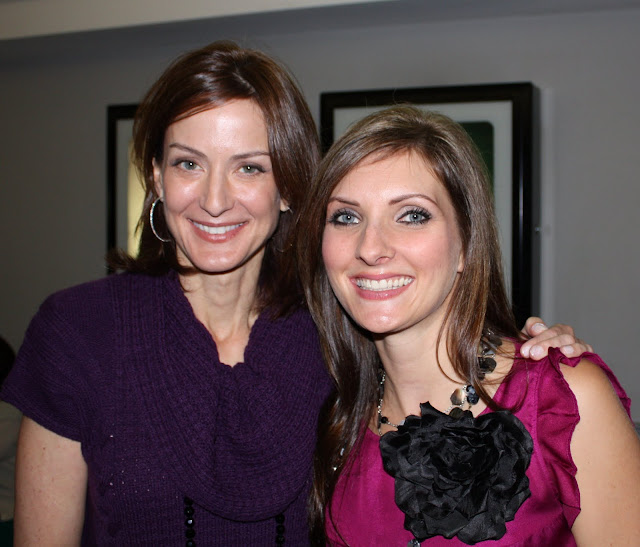 Janell of Isabella and Max Rooms
(One of the nicest, most sincere, and talented bloggers I know.  And, she’s going to be on another upcoming Nate episode showcasing one of her designs!) 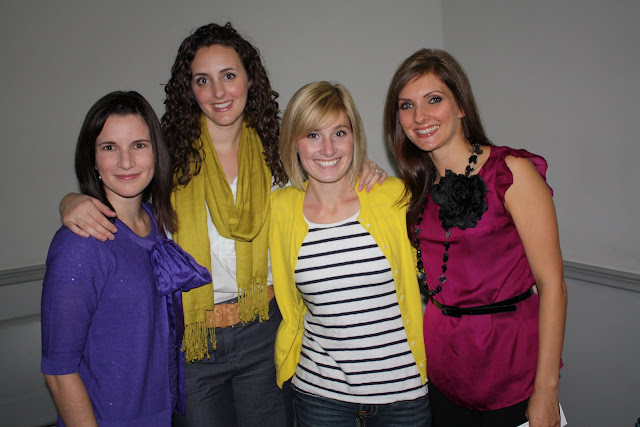 Fellow Charlotte bloggers Traci and Bryn, along with Kirsten (from Utah).  We all ended up on the front row together.  (Maybe it was the color combo. . . ) 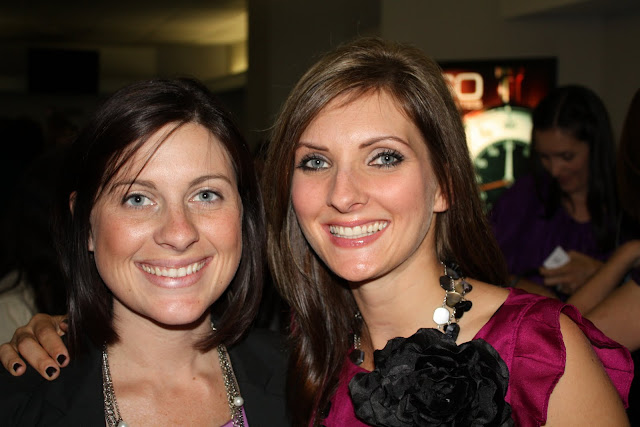 Had such fun with Jade.  Her ear might have fallen off from my babbling. . . .

Nate’s guests that day were Emily Henderson, who did a de-cluttering makeover for a military family, and Christian Siriano of Project Runway fame (can you believe I’ve never watched that show?!).  I thought the show itself was alot of fun and Nate was even more charming in real life. 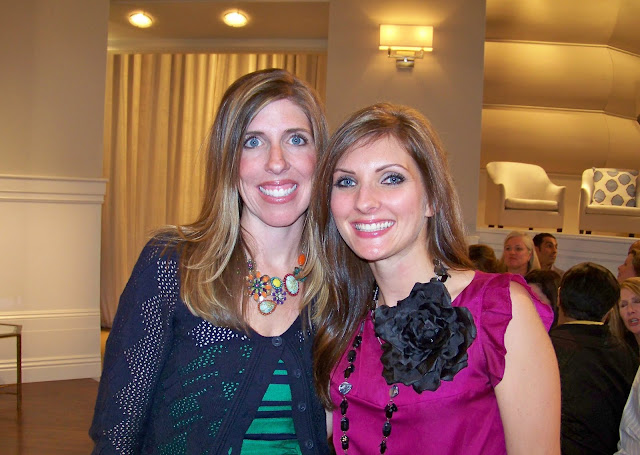 My friend Katie and me at the taping
After the show, he did a casual Q&A with the design bloggers in the audience.  They asked for questions and my hand shot up.  I didn’t exactly know what my question was, but I figured this was my opportunity to have a conversation (and make eye contact) with Nate Berkus, so I went for it.  I ended up asking him if he had time to read design blogs and if so, which were his favorite ones.  He basically said that that he didn’t have alot of time to read blogs, but had staffers that pulled ideas from them and put them in a binder for him to look over.  I politely refrained from suggesting he personally read mine :)  Maybe he’ll get around to it eventually. . . 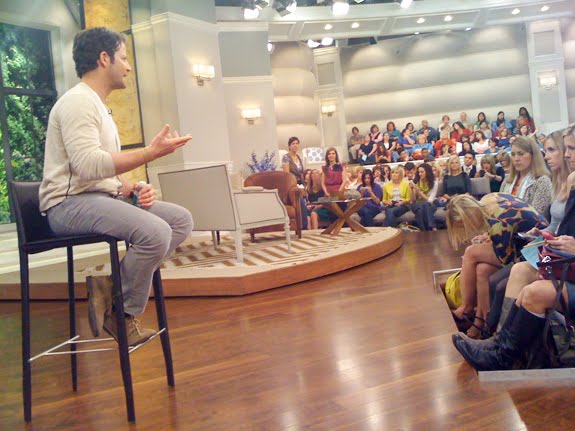 That’s me over there on the side, waiting to ask my question.  (Thanks to Jenny for snapping this pic!)

After the show, we were invited to a blogger party hosted by The Nest magazine (and graciously organized by Camila of High-Heeled Foot in the Door). 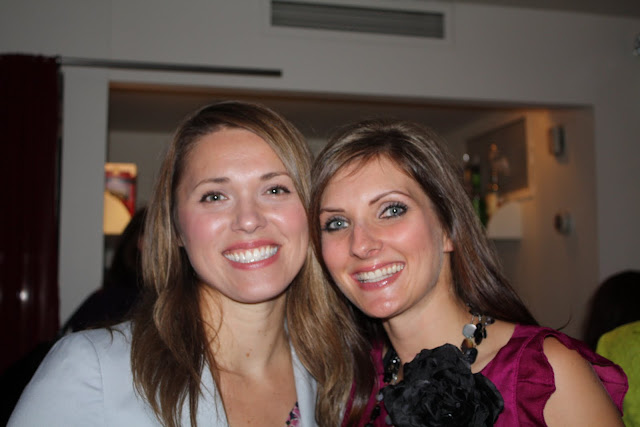 I was a little starstruck to meet Jenny from Little Green Notebook :) 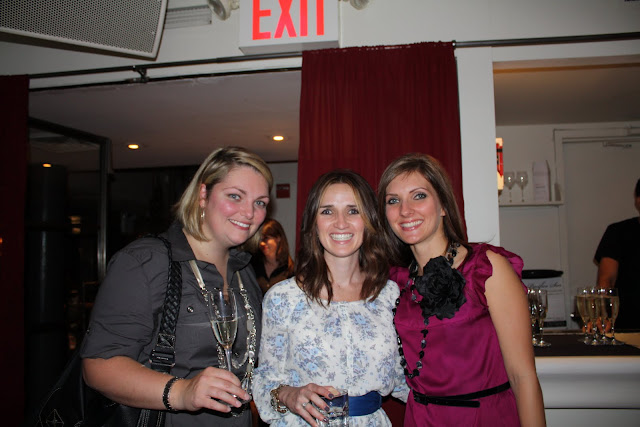 And, if that weren’t enough, I got to hang out with Stefanie, Ms. Limestone herself, and Amanda of Recycled Consign and Design.

We spent the rest of our time in the city shopping with some other bloggers, eating (several times), and acting like crazy tourists. 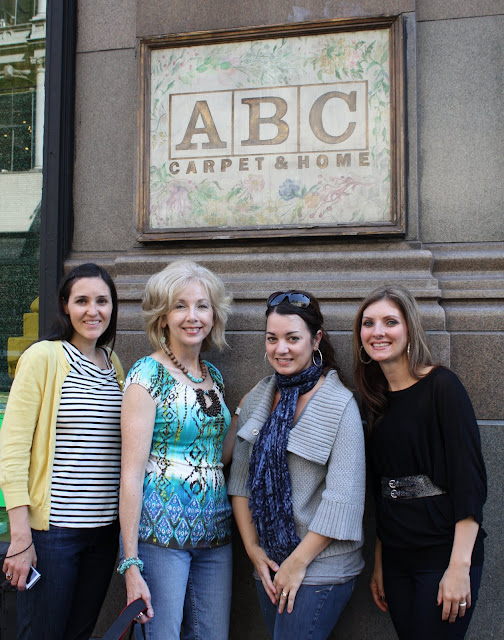 Cristin, Rhoda (one of my sweet roomies, along with Sarah, who I never got pictures with!) and Kate. 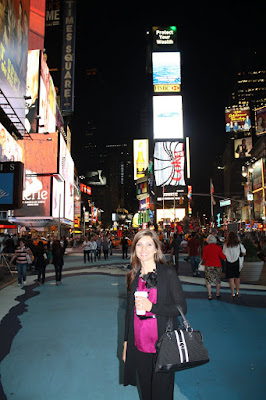 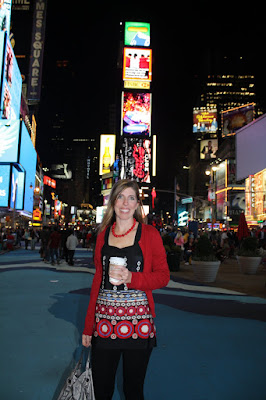 And, what better way to end our trip than to sit on the runway at LaGuardia for four hours while waiting for a huge storm to pass.  Luckily, I had my partner in crime (Katie) to keep me more than entertained–and a guy from Brooklyn, who might have been really sorry he got stuck next to two giddy girls who wanted to tell him all about Nate Berkus.